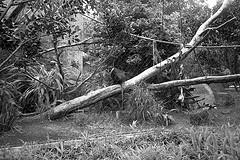 Who knows something about the son of Guenon? With the hope that some of you know something or have some rumor about his son, or want to speculate in a dialogue on a topic that can be very real, literal and direct to some or metaphorical occasion for the business of the spirit that brings us together, with the title of this question: who knows something about the son of Guenon? I enter this here: In the light of Rene Guenon Sidi Ricardo, Sidi Yerbouti and all frates wishing to contribute: in the Decade of the 80s, Ricardo, in the noise of the door hinge of the secret which, according to our Rumi, are the words, contributed a rumor about the son of Rene Guenon do could, recapitulate, and remind us of them, adding everything that you’ve picked up later? Very recently, Yerbouti, at the same course of the imminence of epiphany that is the word, outlined another rumor do could you elaborate you here? Is as a result of an encounter with a sufi bookstore as I find out what disappointed that leaves Egypt a friend of him, who had known personally to the posthumous son of Guenon and its pretensions to assemble a tariqa based on the books of the parent. On my question of whether Guenon son was modern or antitradicional sufi was limited to say no, this is all I can say disappointing. Dear Sidi Yerbouti: could you suffer Al Sufi’s Bookstore imagining it a sufi bookseller to get over that testimony? I bet the son of Guenon by romanticism and poetic truth-based hope and respect and veneration of the lineage and if we accumulate versions of disappointment, rectifying invenies ocultum lapidem dear Mario: is very little what I remember. I think it was on the occasion of having converted to Islam and I suppose that such child did not have a prominent public intervention.